Cannabichromene (CBC), a non-intoxicating cannabinoid with unique characteristics, has high hopes from cannabis experts all over the world. Every year, CBC products improve, and it’s just a matter of time before this cannabinoid achieves widespread success on par with CBD. Learn what cannabichromene is, how to utilize it, and how to reap the advantages of this rare cannabinoid for yourself in this tutorial.

CBC is a non-psychoactive cannabinoid found in almost all hemp cultivars. Although it’s nearly everywhere in cannabis plants, CBC is usually only found in trace amounts of 1 percent or less. As a result, consuming hemp flowers to get the full effects of CBC is nearly hard, and breeders have yet to generate CBC-rich hemp strains.

Instead, cannabichromene acid (CBCA), the carboxylic acid precursor of this cannabinoid, must be used to make CBC. However, because CBCA is only found in trace amounts in Cannabis sativa, it must be converted from cannabigerol acid (CBGA), a cannabinoid precursor.

Cannabichromene was discovered for the first time in Israel in 1966. Israel, which was already the core of international cannabis research at the time, was also the site of many other significant cannabinoid discoveries in the latter part of the twentieth century.

Japanese researchers led by famous cannabis scientist Masahiro Masayama identified CBCA, the carboxylic acid precursor to CBC, two years after it was discovered. Masuyama led another team to a discovery of cannabichromevarinic acid (CBCVA), a close relative of CBC, in 1975, adding to the growing body of knowledge about this cannabinoid’s place in the intricate web of Cannabis sativa chemicals.

What might CBC be used for in the future?

The potential impact of CBC on anandamide, CB2, and TRPV1 will most likely be the focus of future research. It’s possible that CBC, as a non-intoxicating potential CB2 stimulator, will become a viable alternative to THC for inflammation reduction. Because this cannabinoid has the potential to activate TRPV1 receptors, CBC will probably be used in pain and inflammation products.

Because anandamide is involved in so many critical body functions, if it’s true that CBC raises anandamide levels, CBC may be employed for a variety of purposes. The sooner consumers have access to CBC, the more anecdotal evidence we will have to reach strong conclusions about the potential advantages of this particular cannabis component.

What are the best ways to use CBC?

While some CBD- and THC-rich cannabis strains are labeled as “high-CBC,” these cultivars rarely contain more than 1% of this uncommon cannabinoid. It is possible to consume CBC besides ingesting strains that contain small amounts of the cannabinoid, but you will also be ingesting high amounts of CBD or THC, making it difficult to pinpoint CBC’s potential benefits.

Instead of using cannabis flowers to take CBC, the concentrated version is the ideal approach to consuming this rare cannabinoid. High amounts of CBC concentrate are found in Secret Nature Flow Capsules, which give the cannabinoid’s distinctive effects in a gentle orally taken manner. 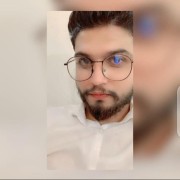